When we are thinking about the Cloud, we could have many things in mind. The most common image is SaaS. SaaS is an extremely convenient approach to computing and software. Should we all have very expensive and complicated hardware? No! We can leave this job to specialized companies and focus on core business activities like improving the products, services, and processes.

SaaS means software as a service. You can also find it as a subscribeware or another easy name, rentware. It focuses on providing software, usually on a subscription (monthly or annually) and hosted on the servers of the service provider. The user needs a client application that usually does not compute anything heavy (could be an application or used through a browser) and the server that provides service on the other side.

SaaS has its roots back in the 60s! Yes, it is that old. At around that time, IBM was offering so-called time-sharing for their massive mainframe computers. All the computing was done on those mainframes, and there were separate input devices and monitors per user.

The idea was the same as the current cloud services, to provide excellent process power to organizations and people who otherwise could not afford to buy the hardware and software.

The size of the mega computers was getting smaller, the processing power was increasing, but there were no big changes in the SaaS model. At the time, the software was focused on business tasks like accounting, calculating payrolls, CRM, and different business activities that did not involve any more than a text-based interface.

Remember, the Internet was not the huge thing that it is now. It barely even started in the 80s!

Then the 90s came, and suddenly people could afford to own personal computers – PCs. Yes, they had less power, but they were getting quite able for office work, which shook the SaaS model.

At around that time, the Internet was starting to get popular, and a new name for the SaaS-like service appeared – ASP. ASP means application service provider. There were ASP companies that offered services, that users could use from that companies’ servers through the Internet.

The difference between the ASP and the modern SaaS are:

While ASPs needed a client and server applications, the modern SaaS, many times, requires just a browser from the users’ side.

At the beginning of the 2000s, the current SaaS was starting to get popular.

When we talk about a modern-day SaaS, we can easily see why it is here to stay for a long time. Cloud computing, where you can unite many computers together and the possibility of using virtualization, allowed easy scalability. Businesses could start with a relatively small initial plan, but that doesn’t mean they will stay there. The owners know they could update with just a few easy steps.

SaaS looks like the most natural progression of computing. Why should we have billions of powerful devices like computers and smartphones when we could have far fewer supercomputers and use light and far less powerful client devices?

Yes, SaaS is here to stay, and the future will look very different. 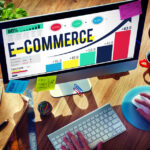 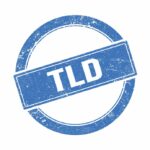